In Novembre 2018, the Lausanne Cathedral has hosted 6 (4 + 2 additionnals) representations of Nabucco’s opéra. For that specific event, we developped a new wooden scenography, showing a technology transfert of the snap-fit joints developped by IBOIS laboratory. The scenography include benches and bleachers for spectators, and a spirale on the main scene.

The spiral of Nabucco was conceived and realized by Yves Weinand. Composed of timber plates boxes, the spiral has been fully designed using digital parametrization softwares, which allowed to study and understand its structural functioning.
Each box that makes up the spiral is unique in size and dimensions. The boxes are held together by metallic connections.
On stage, the effect is striking: hanging above the choir of the cathedral, the spiral seems to float in the air.
During the show, the choir (the people in Nabucco story) plays with this spiral, sometimes perceived as an obstacle, a symbol of powerness, a forbidden architecture whose rise is prohibited. Conversely, the king climbs the spiral, only he is allowed, he literally dominates his people. 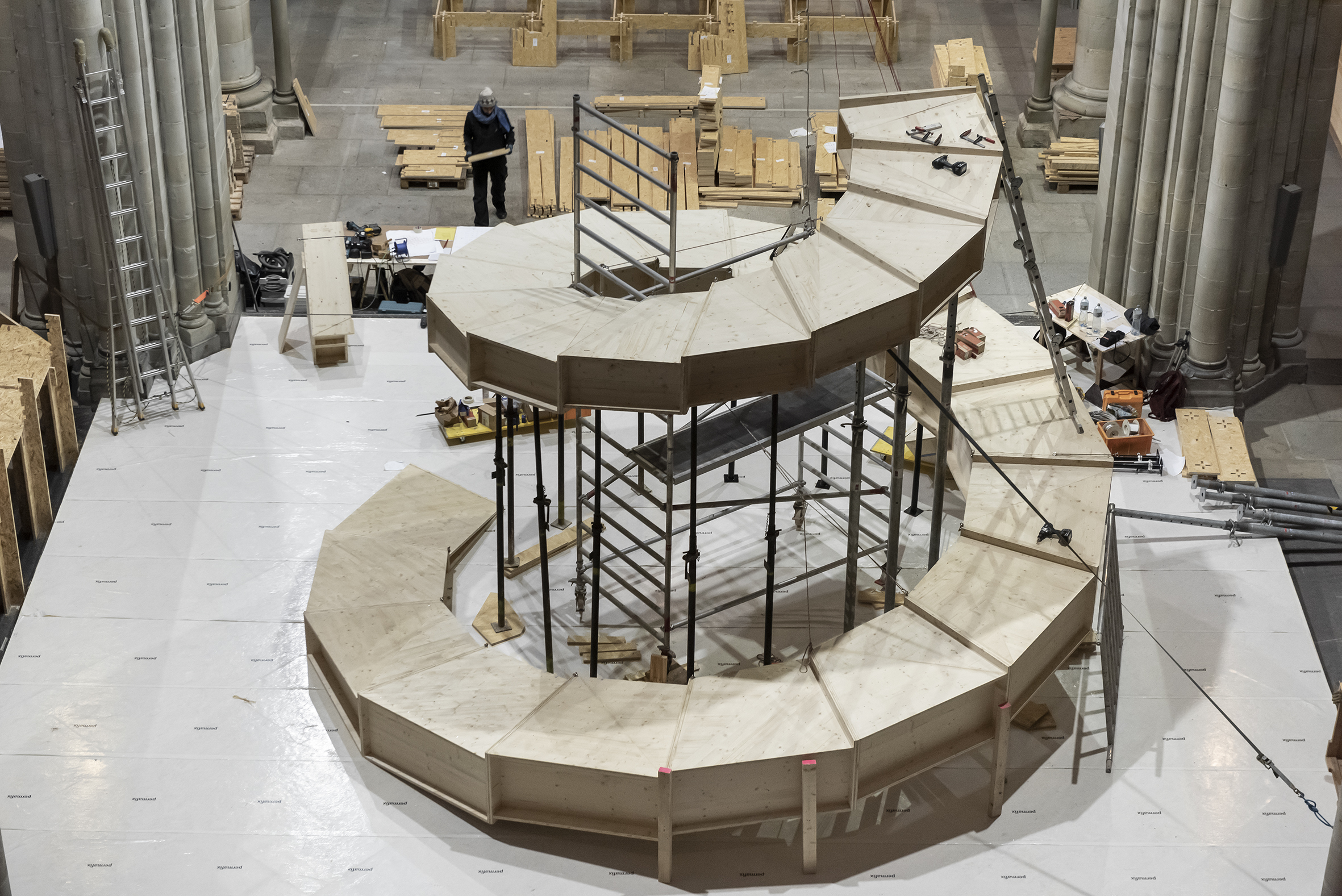 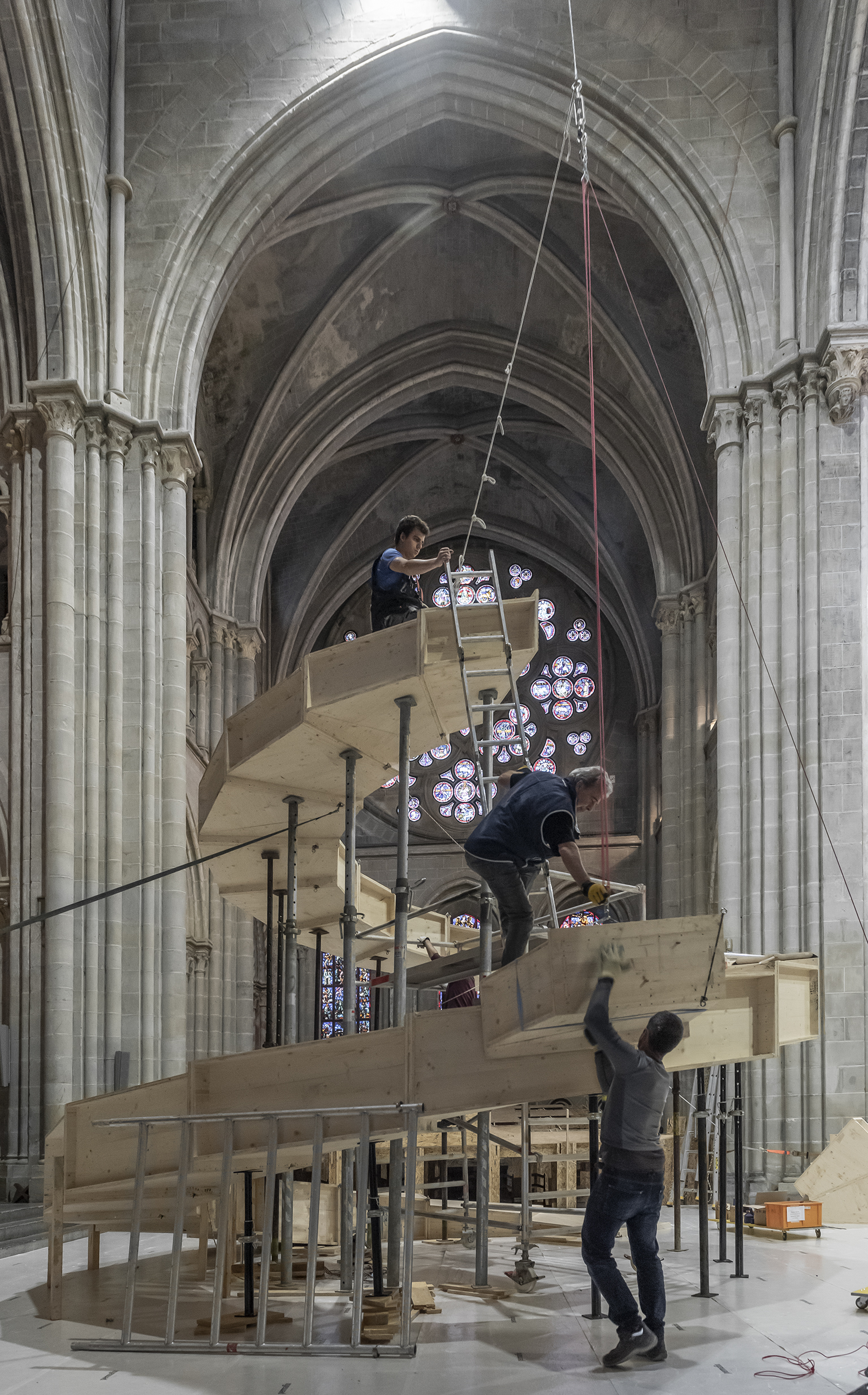 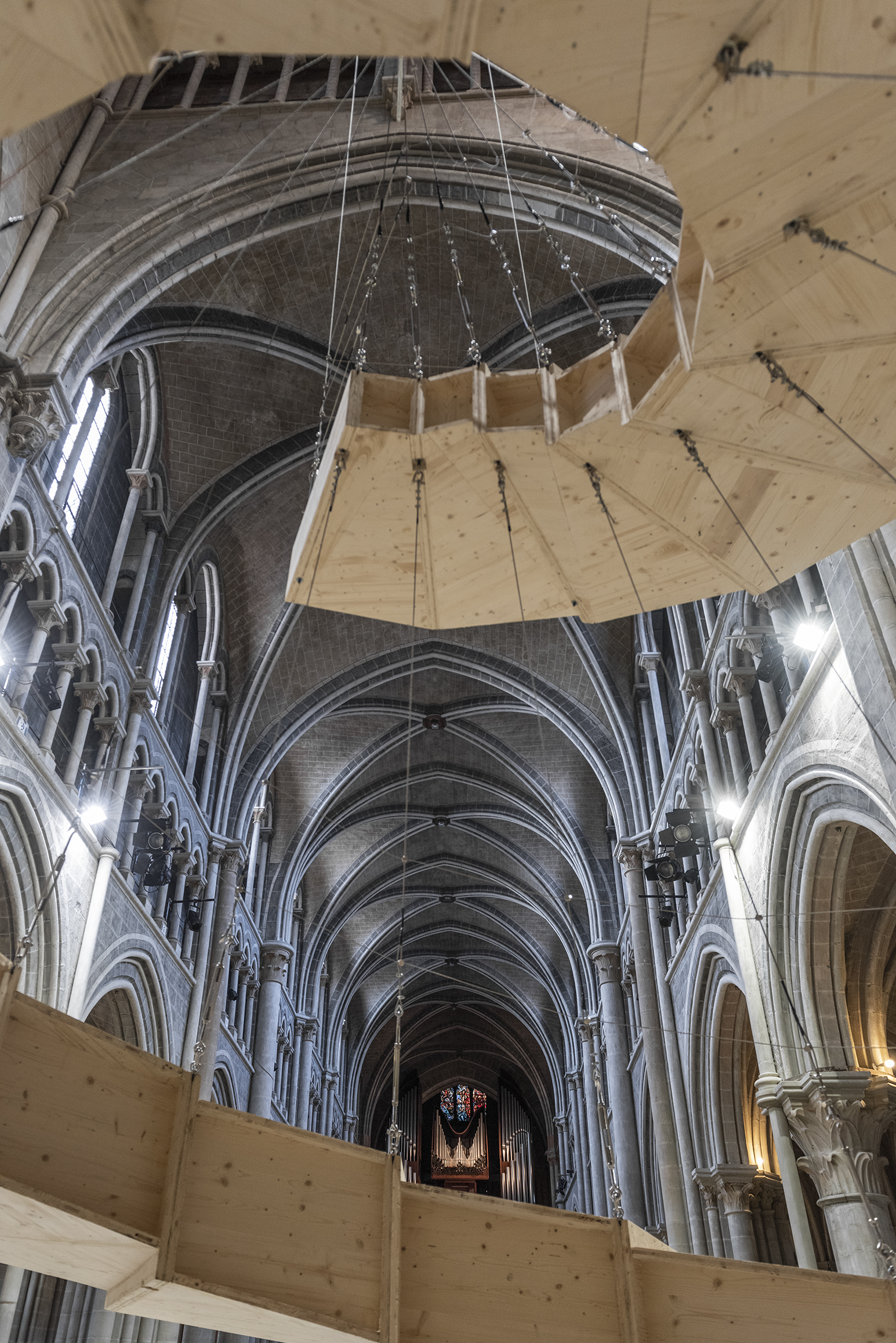 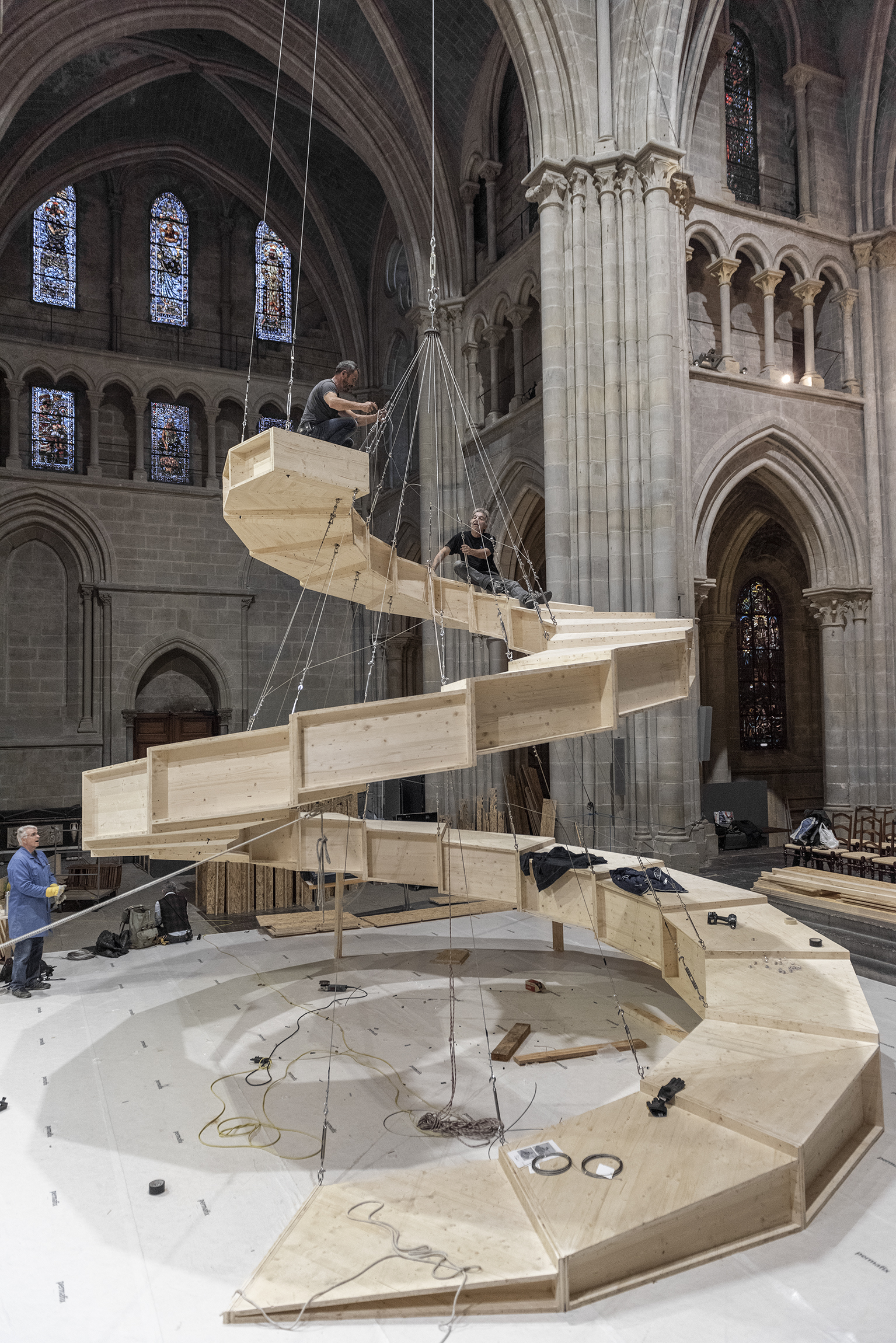 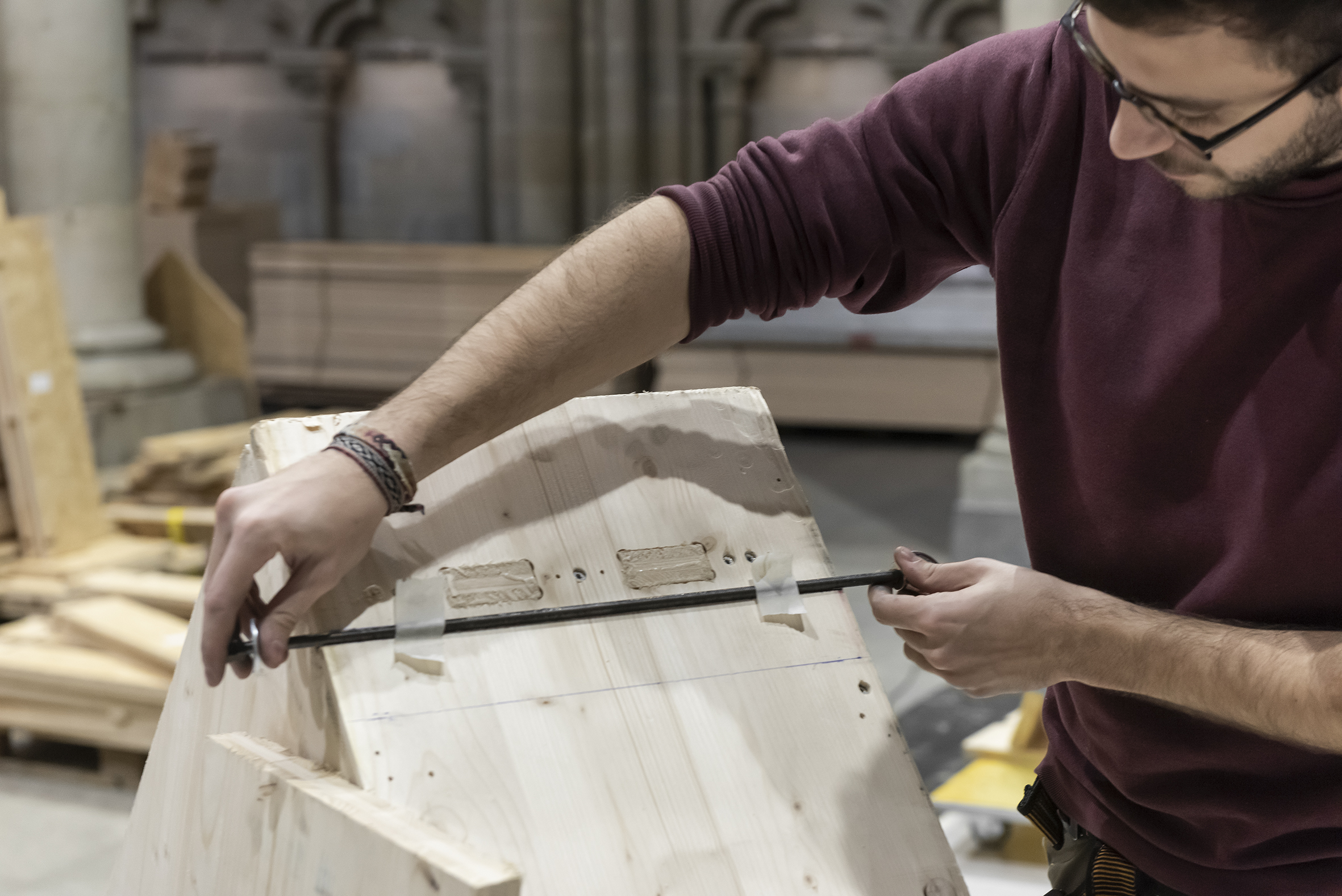 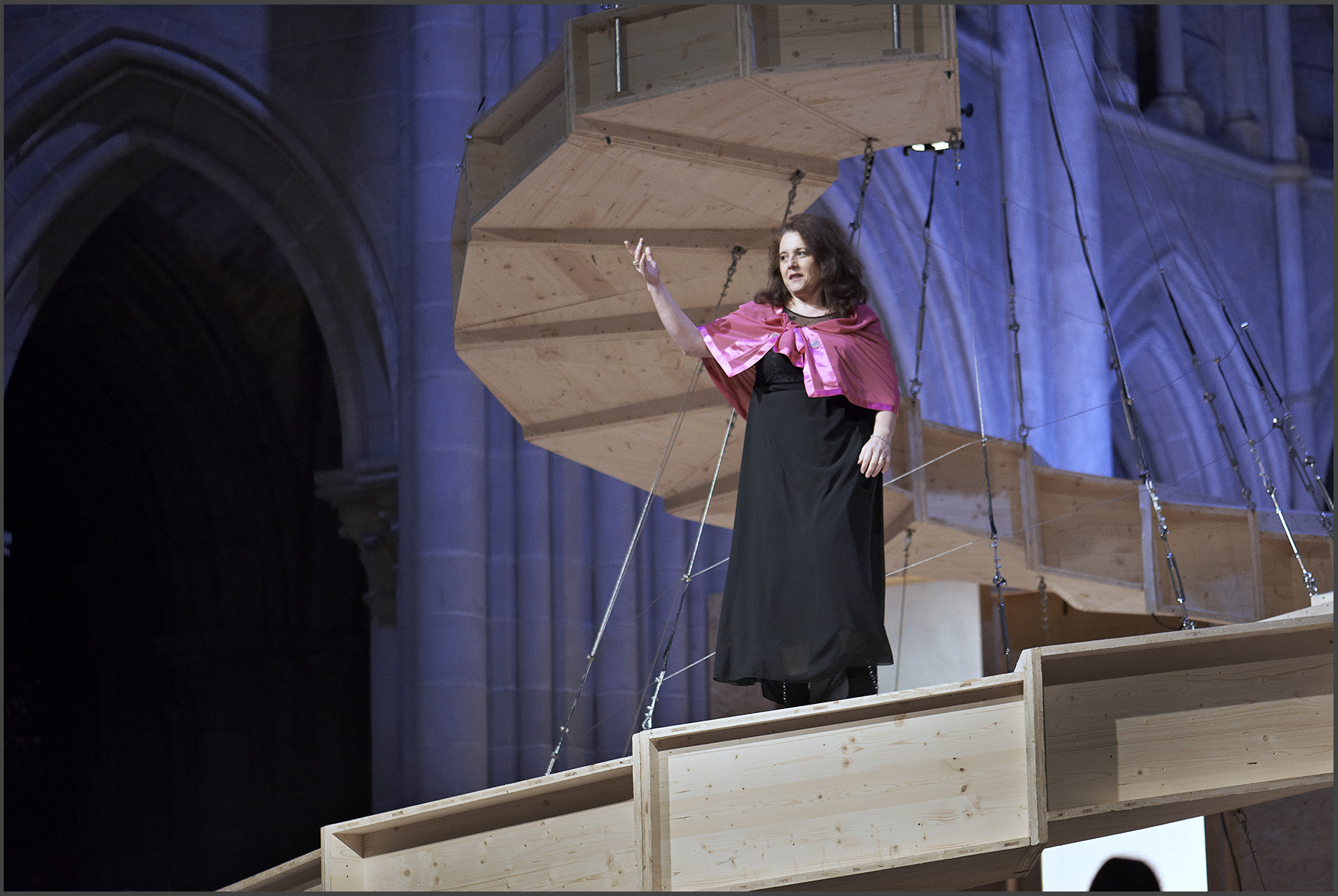