A three dimensional timber structure has been used in order to span over 48m. The structure develops in space using all four facades as stiffeners. At the Islands Sports Center, the gymnasium offers, in addition to its three rooms, the necessary surface to host national competitions and a thousand spectators on its stands.

The project was transformed into constraints of the site (backfilled land requiring vibrations of -25m, laminated timber farms exerting a pressure of 25 tons per point, gable facades functioning as triangulated beams …) in original formal solutions. The building is based on an exposed concrete base. The entrance areas are formed in the large recess of the gables. The structures are aligned. The oblique structures of its farms and contraventions are covered with translucent polycarbonate sheets. The interior, the changing rooms and the toilets are along the length of the south-west facade and naturally lit by a lateral strip. The corridor to the room is intentionally dark to better lead to the light, as in the ancient arenas.

A 1:2 scale prototype of one arch (12.5 m span) has been successfully built. Glue was not used for this prototype but screws were inserted to avoid gaps between the different segments. The prototype was assembled in one single piece on its side and was lifted up to its vertical position. 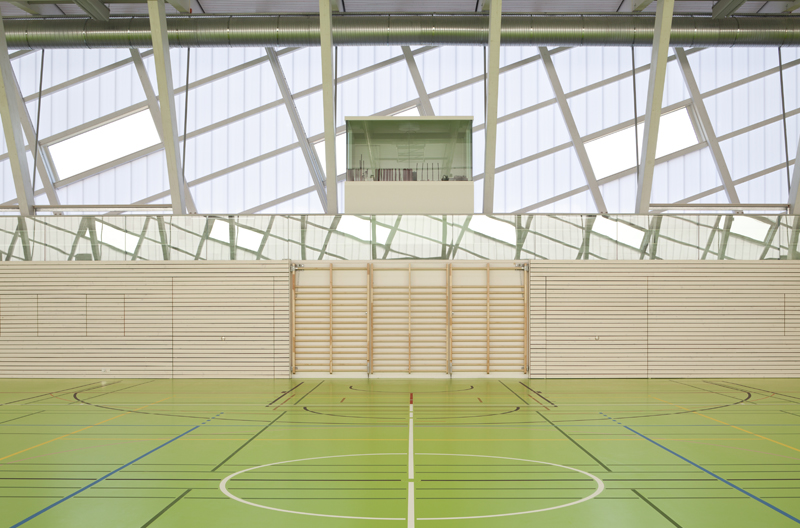 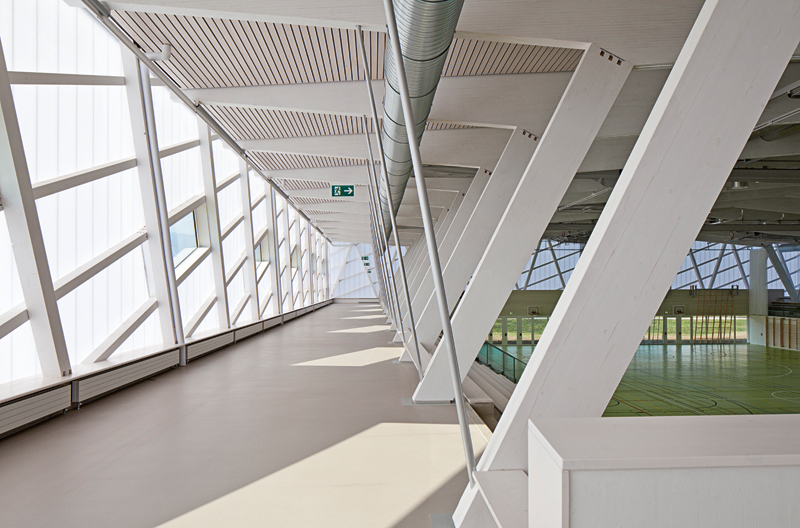 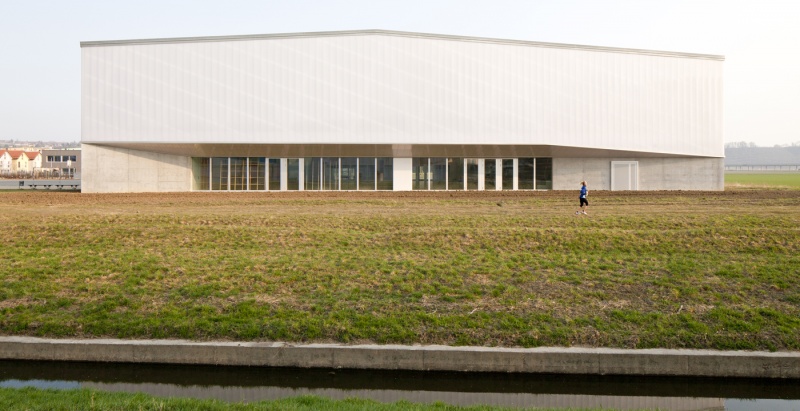 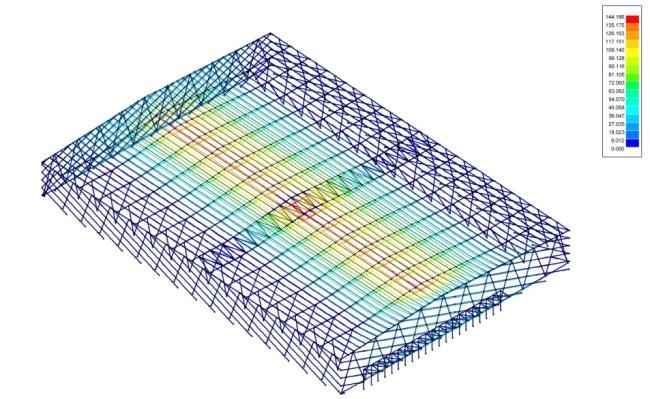 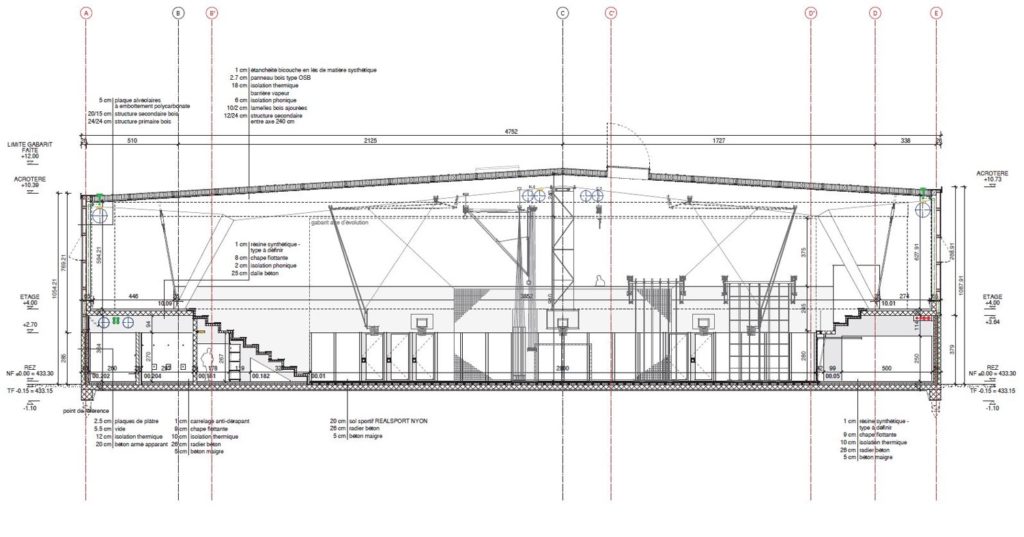 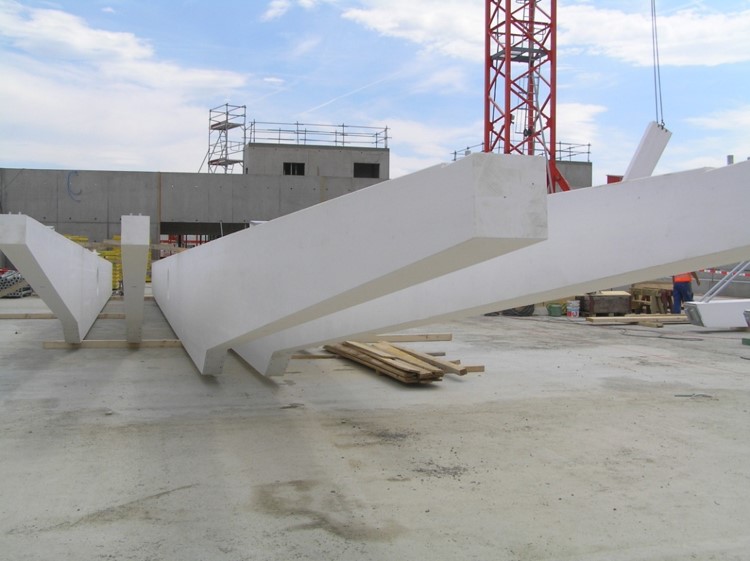 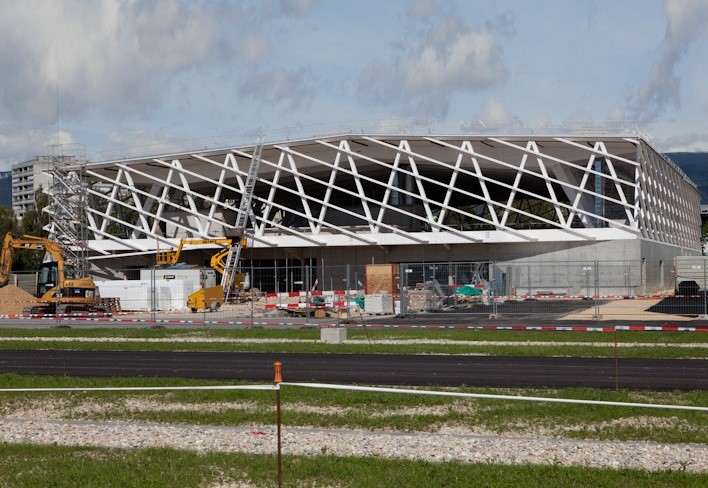 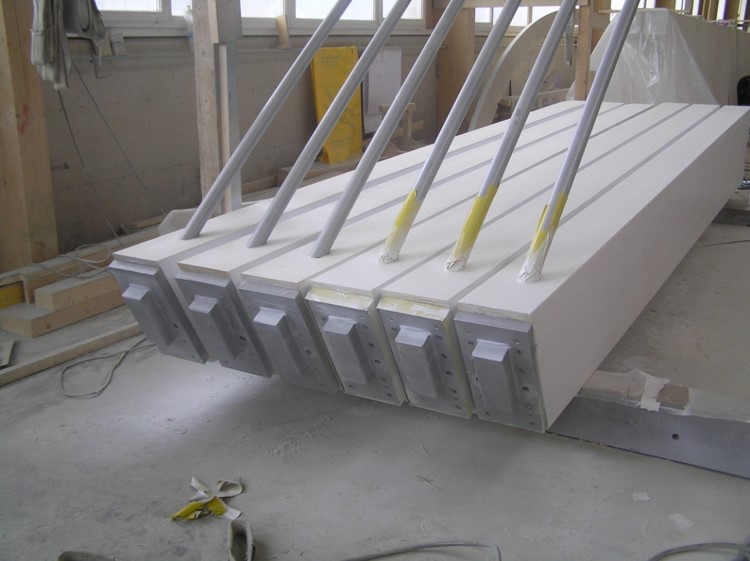